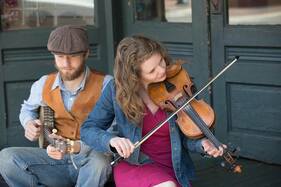 We have been playing together for over six years. Specializing in traditional mountain music, we perform at regional festivals and concerts, and for wedding ceremonies, dinner parties, and  other celebrated occasions. 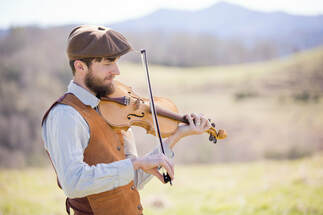 William  is a native of Bakersville, NC, and an alum of Western Carolina University.  He graduated with a degree in Technical Theatre, but spent most of his time in school studying the musical folk traditions of Western North Carolina.  In 2017, William  received his MA in Appalachian Culture and Music from  Appalachian State University.  William plays banjo, fiddle, guitar, and other "string-ed things." He is particularly interested in old mountain folkways, foodways,  humor--ever eager to swap lies, half-truths, tales and seeds.  William serves as music director for the Happy Valley Fiddlers Convention.  Recently, he has been performing regularly with Asheville musician, Tim McWilliams.  This year William was added to the Blue Ridge National Heritage Area Traditional Artist Directory, and also received the 2019-2020 In These Mountains Apprenticeship grant to study under renown ballad singer and storyteller Bobby McMillon.  William is the founder and owner of Song-to-Seed, which offers programming featuring Appalachian Heirloom Seeds, heirloom songs, and other traditional folkways and foodways. 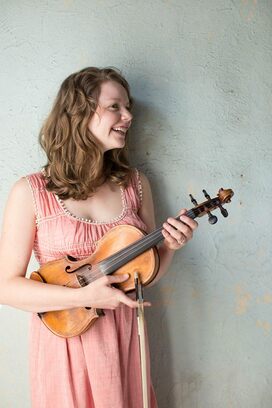 Sarah was raised in the mountains of Jackson County, NC. She started playing the fiddle when she was eight-years-old, and has been singing (in church, choirs, and at family reunions) for as long as she can remember.  She received her B.A. in sustainable development from Appalachian State University in 2014, and her Masters of Divinity at Wake Forest University in 2019.  She is grateful to be able to share her passion for  harmony singing and good old-fashioned tunes with William (her very sweet and talented husband).   Sarah works for the North Carolina Council of Churches in their  NC Interfaith Power and Light program.